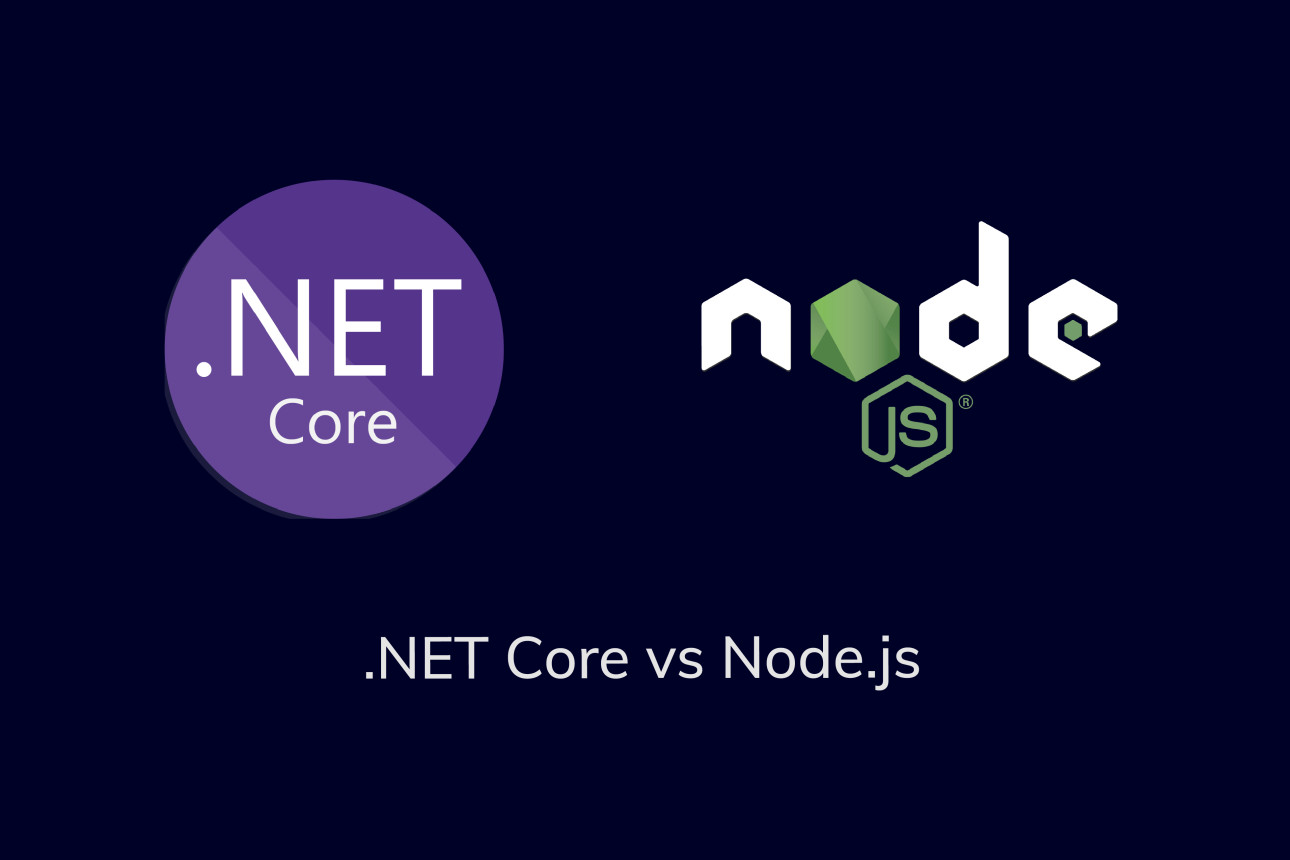 We start a series of blogs where we are going to compare the trendiest programming languages to help you choose the best technology for your project.

For instance, Node.js is considered to provide a wide diversity of the tools that are free of charge. On the contrary .NET Core is thought to be a limited environment because of the Microsoft tag. However, these are just assumptions that do not reveal a complete picture.

We want to reassure you that both programming platforms offer an awesome range of features that meet performance requirements. Let’s see what development environment is best for your business or project.

ASP.NET vs Node.js: The basics

As an alternative to Apache HTTP Server, Node.js was created for Apple’s and Linux operating systems. By being a JavaScript-based language Node.js is used for backend and frontend development and can be used with any JavaScript compliable language.

Within packages, you can find modules (code that has been prewritten) that allows you to cope with programming faster. You can find approximately a million packages within the Node.js repository. To easily secure new dependencies you can use an automatic lock-file mechanism.

In this aspect .NET Core is totally different, as it is based on C# and is solely used for .NET projects. .NET Core allows developers to use various languages like F# or C++.

.NET libraries incorporate prewritten code, so that data structures were supported. It also has different libraries for encryption, security, and database access. The class libraries are used to render graphics, interact with databases, and deal with XML.

Being an asynchronous platform, Node.js server handles multiple requests simultaneously and doesn’t block them. While the code is executed in the main thread, it spawns on different threads to perform other tasks. This is a secret to efficient and lightweight solutions even if the app must be heavily loaded with data.

On the contrary, ASP.NET is synchronous by nature and has multiple threads which means that every request is processed one by one within its own thread. The drawback here is that in case there are no free threads left for new tasks, they must wait for a free one. What’s more, building more threads isn’t an answer, because it requires a lot of memory.

Both development environments can boast having active and strong community support which ultimately means it won’t be burdensome to find a solution to the problem. However, keep in mind that .NET has more community support on Stack Overflow whereas Node.js is supported more via GitHub. The best example is the Stack Overflow question and answer website that has around 4 million registered users.

Being solely Windows platform based before 2018, .NET went through a transformation and now it runs on Linux and macOS too.

Node.js is perfectly designed for distributed systems. Microservices-based software enables components to scale autonomously which prevents an app from falling apart due to its weight. As more and more enterprises prefer to develop the software on top of microservices, Node.js has gained tremendous popularity among businesses like eBay, Netflix, Twitter, Uber, and others.

.NET Core is also a very scalable platform. It uses monolithic architecture which means adding more machines will help you to scale up.

Due to the asynchronous model, Node.js apps have high performance without being too heavy in comparison to other solutions. According to Nodejs.org, 48% of companies identified increased app performance when they switched to Node.js. 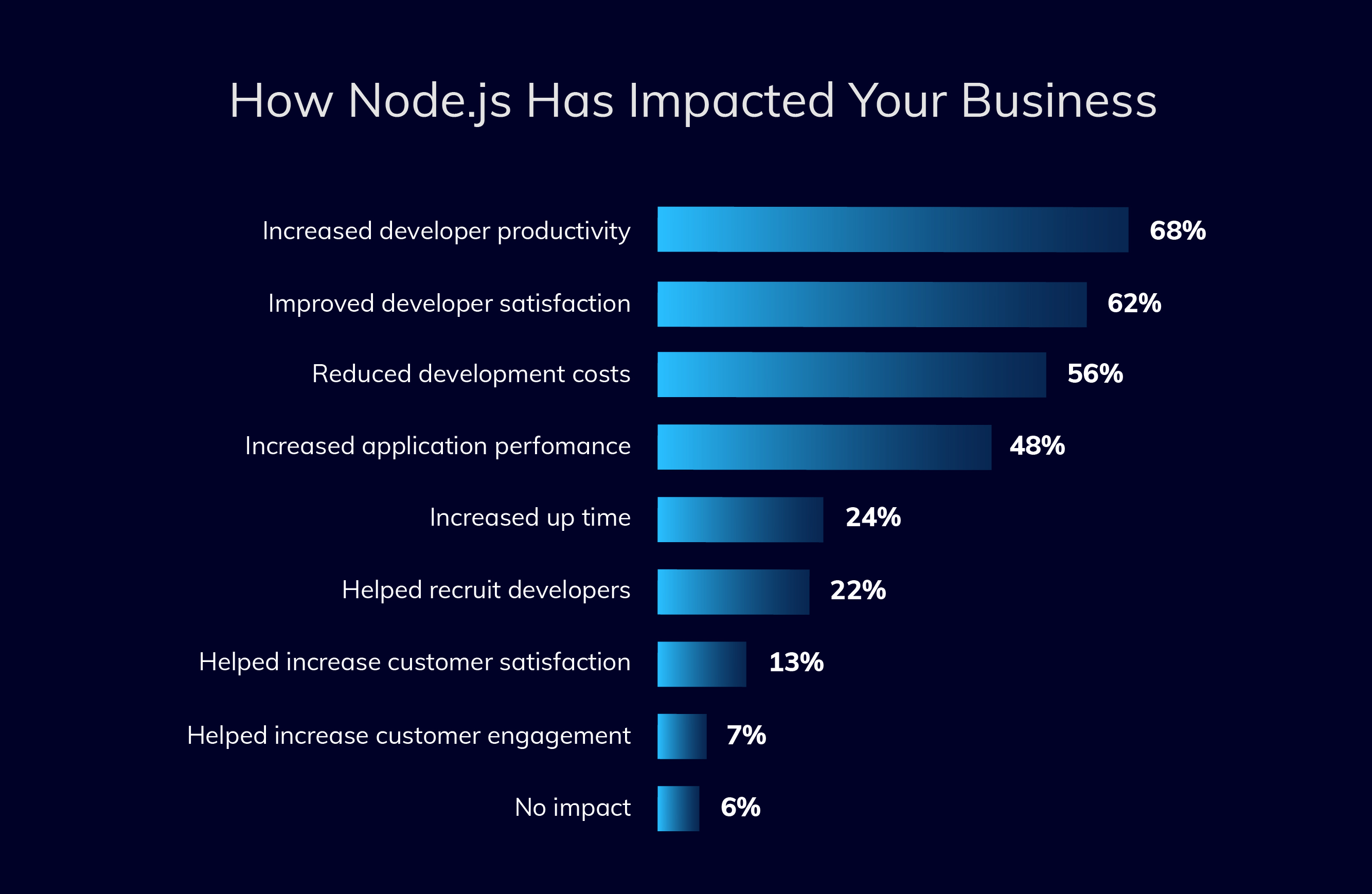 However, other tests showcase that ASP.NET has better performance than Node.js.

There’s no final victory here, as it depends upon the structure and the purpose of the application which leads us back to asynchronous and synchronous processing models.

ASP.NET is definitely a winner in this category. The security and reliability the platform provides make it a great option to create robust software with C# language. Node.js is more reliable for complex enterprise software developed with TypeScript than on its own.

Many big names armed their products with Node.js. Netflix, PayPal,Medium, eBay. Node.js is very popular among start-ups as it allows you to build products faster and cheaper, especially on early stages of the product.

How do you make the right decision?

Node.js vs .NET Core? If you know the type of app or software you want to develop it will be easier for you to choose the solution. If you still have doubts, give inVerita a hint and we will help you to make the right decision based on your project requirements.