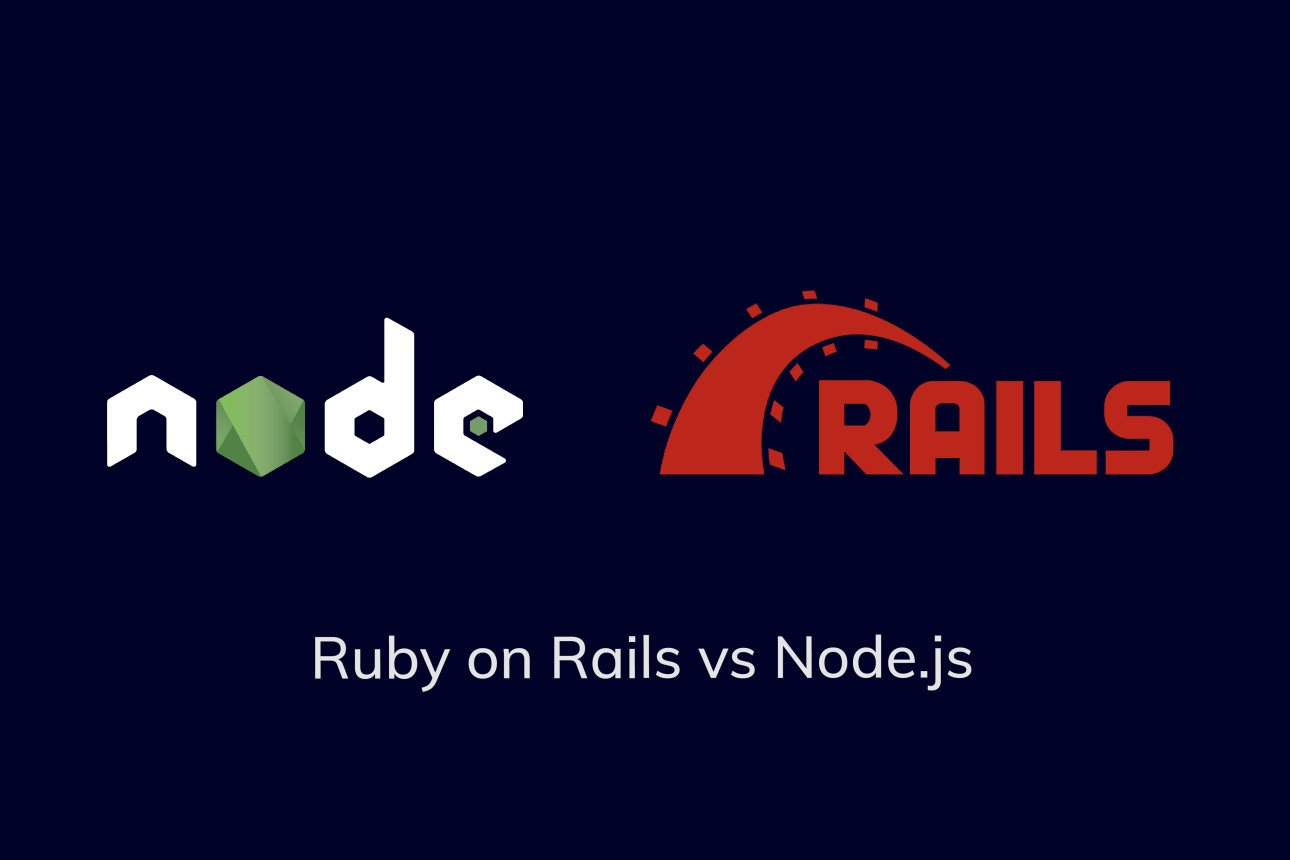 What is launching a successful startup like? It’s like baking a delicious cake, that everyone likes. Well, almost. What do these procedures have in common? Ingredients. For the cake to be tasty you must know the recipe very well and use exactly those ingredients that are mentioned. Perfectly chosen ingredients equal tasty cake with the flavor you want to achieve.

Now, let’s take this parallel and move it to your startup software. The key ingredient of your startup is a programming language.

If you already analyzed available options and are now considering either Ruby on Rails or Node.js, we suggest looking through this comparison article for a clearer vision.

Node.js is characterized by the Node Package Manager ecosystem that includes a bunch of open source libraries. Built-in modules make Node.js an expansive platform and allow managing all files including computing resources and security.

One of the key strengths of Node.js is its scalability. Being a lightweight development environment, Node.js is an amazing option for microservices architecture. This technology allows breaking the application logic into small microservices and modules as opposed to a single monolithic core. Ultimately, it simplifies the process of adding more microservices on top of the existing ones than to integrate additional features with the basic app functionality.

Architectural style like this became really popular recently and is used alongside with Node.js by IBM, Uber, Walmart, and Netflix.

According to performance tests run by Toptal, Node.js is pretty fast. Why is it so? V8 engine used in Node.js was initially implemented for the Chrome browser which granted a lot of benefits to this development environment. Moreover, due to the asynchronous model, Node.js processes requests without delays. In synchronous processing code is executed only in one thread, therefore other tasks wait when the previous requests are finished. Asynchronous processing enables the process to be non-blocking.

Node.js developers get all the advantages of full-stack JavaScript enabling their teams to be more flexible and save considerable amounts of time. Those who are proficient in front-end can also develop on the server-side and reuse code in modules.

Node.js package manager has 836,000 libraries available and there are around 10,000 that are published each week, which makes the technology ecosystem quite rich. Besides, according to npm’s study rich ecosystem and availability of libraries is the main reason why most developers/companies choose Node.js. 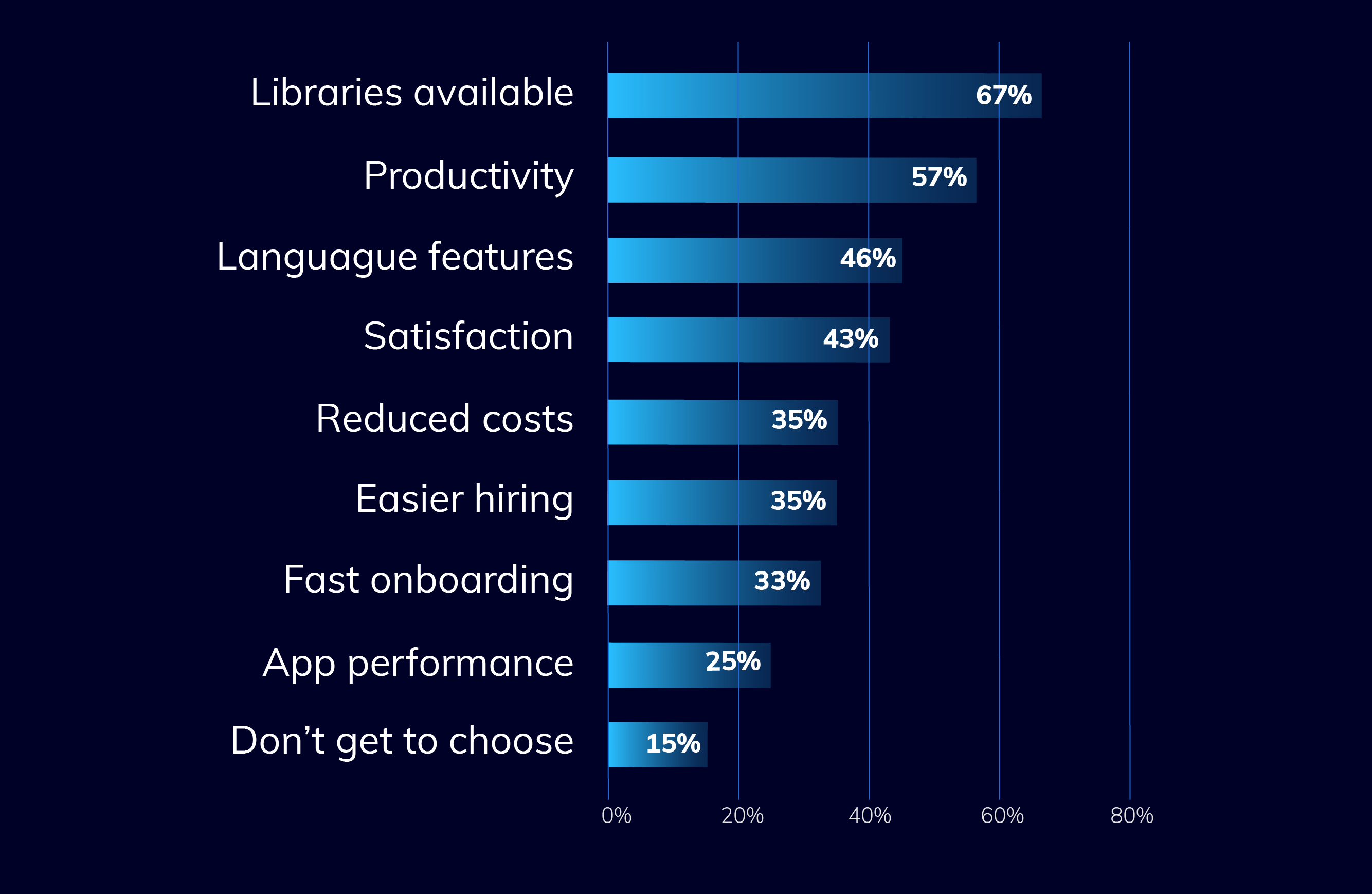 Contrary to Node.js, Ruby on Rails is a framework created to make the development process faster and easier without bottlenecks within the processes. The framework is written in Ruby, which is a multi-purpose language similar to Java. Released in 2005 it completely changed the development process by reducing developer’s work with the boilerplate code allowing them to focus on the software logic.

The framework is easy to learn and simplifies the development of time-consuming tasks. Thanks to the variety of tools and libraries it’s much easier to optimize, debug, and test the code. Ruby’s simple syntax is also worth mentioning here.

With Rails, it is effortless to migrate databases. ActiveRecord model painlessly translates discrepancies among the multiple SQL interactions. It means that developers can use RoR language to introduce alterations to the database tables and not be busy with SQL code. What’s more, the Rails app can work in various database environments.

An open-source web framework is massively supported by developers, which helps to deal with challenges, updates, and security issues.

Ruby on Rails vs Node.js – Architecture

There are many support functions within the Node.js environment, however, JavaScript wasn’t created for backend processes support and has some limitations regarding modern architecture design.

Contrary to Node.js, Ruby on Rails is a framework that has been specifically designed to power the web architecture development and eliminate configuration issues.

JavaScript appeared years ago, thus Node.js can take advantage of all the experience and ready-to-use solutions JavaScript has. However, due to a limited set of possibilities, it’s lagging behind any full-scale backend programming language. Therefore, it takes time to come up with a solution to a problem.

Ruby on Rails is probably one of the easiest languages to learn and use. A number of tools and easy syntax do their thing and enable fast development.

Ruby on Rails vs Node.js – Performance

Node.js is praised for dazzlingly fast performance. Google-designed V8 and asynchronous code made Node.js a number one technology option for applications with heavy operations. Node.js performs 20 times better than Ruby on Rails.

Unfortunately, with RoR it is much harder to achieve the concurrency. It doesn’t completely support asynchronous code and the performance is not that high.

Ruby on Rails vs Node.js – A learning curve

Ruby is super easy to learn. Besides, there are multiple courses and tutorials on Ruby and you can get as much information as needed by joining the huge and active Ruby on Rails community.

Node.js has an even shorter learning curve. It is easy for developers with various backgrounds (like Java or C#) to master, especially to those who know JavaScript.

Ruby on Rails vs Node.js – Scalability

Thanks to the cluster module Node.js is more scalable than Ruby. Clusters with abstractions are spawning the process based on the workload of the app with the least number of CPUs.

When Node.js is a better choice

Scalability and performance are the main assets of Node.js. Event-based technology is a great solution for real-time applications that have many simultaneous requests and it easily handles the process of client-server data exchange. Real-time apps include video conferencing, collaborating apps, and chat apps. Being a single-threaded environment, Node.js isn’t preferable for applications with heavy images and graphics.

When Ruby on Rails is a better choice

By now you may have noticed that Ruby on Rails is better for CPU intensive apps and fast development. Contrary to Node.js Ruby on Rails copes well with heavy graphics and images. If you want to roll out your websites quickly there’s no better option than Rails. It allows you to create prototypes in a blink of an eye, while Node.js requires additional resources.

All in all, there are two main parameters to consider, the speed and the server performance. If your app runs a lot of simultaneous requests choose Node.js. Does your app deal with CPU intensive requests? Go with Ruby on Rails.

Whether you need further consultation or already made a choice regarding technology and need some help with development, inVerita will be more than happy to guide you through this process.