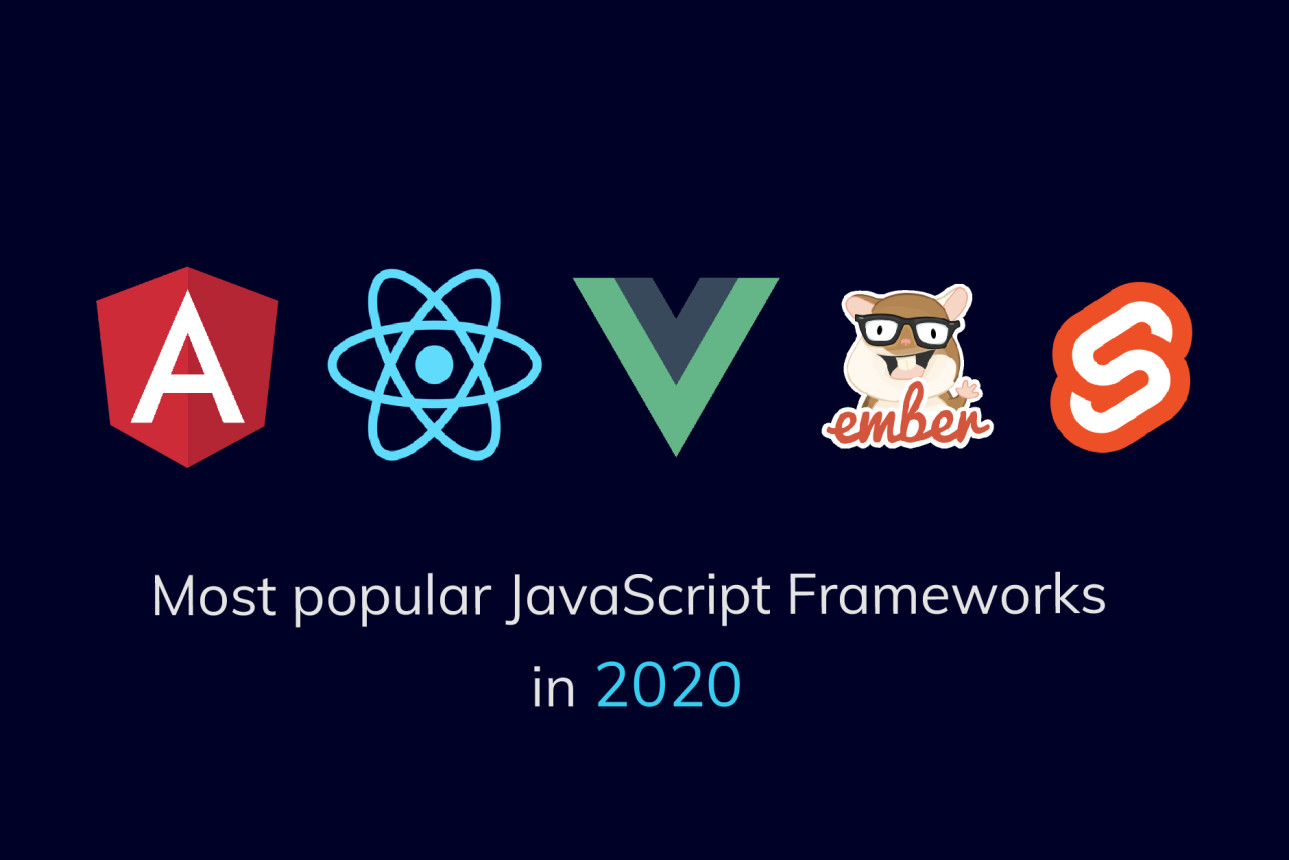 2019 statistics have approved that JavaScript is the most favored programming language to ever exist. And the reasons are numerous: from its scalability, fast performance to having an impressive community and being easy to get started. According to Wikipedia, currently there exist 24 JavaScript frameworks and 83 libraries. In today's article, we will encompass and compare 5 of the most popular JavaScript frameworks.

React is a library, not a full-fledged framework that makes it one of the simplest frameworks to learn, especially if to compare with its constant rival – Angular.

React.js has been an unchanged leader among top JavaScript frameworks to use, taking the first place with the number of dependents and downloads according to Node Package Manager.

The community of this Facebook-created framework is rapidly growing and in 2019, React gained 22.9k stars on GitHub.

The main focus of React is the building of UI of a single page web app and mobile app. The exceptional performance is achieved gratefully to the virtual DOM characteristic of React.

Angular comes from previously written in TypeScript and elaborated by Google, Angular. This is a component-based framework that possesses an extremely strong typing system that enables it to statically analyze the code and build dynamic web and single-page applications. Mastering this framework is difficult and time-consuming due to its MVC architecture.

Recently we can witness a decline of Angular popularity with 12.0k stars gained in 2019, therefore, taking the twelfth place on GitHub 2019 JavaScript Rising Stars.

Node Package Manager certifies 21,980,106 downloads which is much less in comparison with React and Vue. Angular is used by Google Gmail, Sony, HBO, and General Motors.

A relatively new framework that is widely gaining popularity and is even predicted by some to overtake React. Vue.js is very fast due to being a component-based and visual DOM, and light (around 80kb, while React is around 100kb).

Evan You, the creator of Vue.js, managed to make the framework flexible and easy to learn with no restrictions on how to build an application. It’s used in various cases: from single-page apps to PWA.

The popularity it has gained is striking, especially taking into account the absence of large companies’ mentorship. Vue.js earned the biggest number of GitHub stars in 2019 (31.4k) and takes the second place as to the number of downloads after React on Node Package Manager statistics. Vue. js has become a choice of Grammarly, 9Gag, Gitlab, and Xiaomi.

Svelte is a new revolutionary approach to building web applications that generate code to operate the DOM. It can’t be named a simple framework but a component one compiling components at the build step.

There is no need to master Svelte from a scratch: you write components using HTML, CSS, and JavaScript, which are compiled into small separate JavaScript modules. That demands very little browser processing and makes code fast and simple.

Svelte takes [fifth place on GitHub JavaScript Rising Stars](https://2019.stateofjs.com/front-end-frameworks/svelte/) report with 20k stars and 45% of developers that admitted their will to learn.

Ember.js is an open-source, component-based framework with astonishing architecture, based on the MVC model.

The learning curve is steep and time-consuming because of its inflexible structure. Though, once it’s mastered, it can be used to fulfill the demands of very complex web applications. Even though being developed a long time ago, it has never won much popularity.

The following numbers are taken from the Node Package Manager. 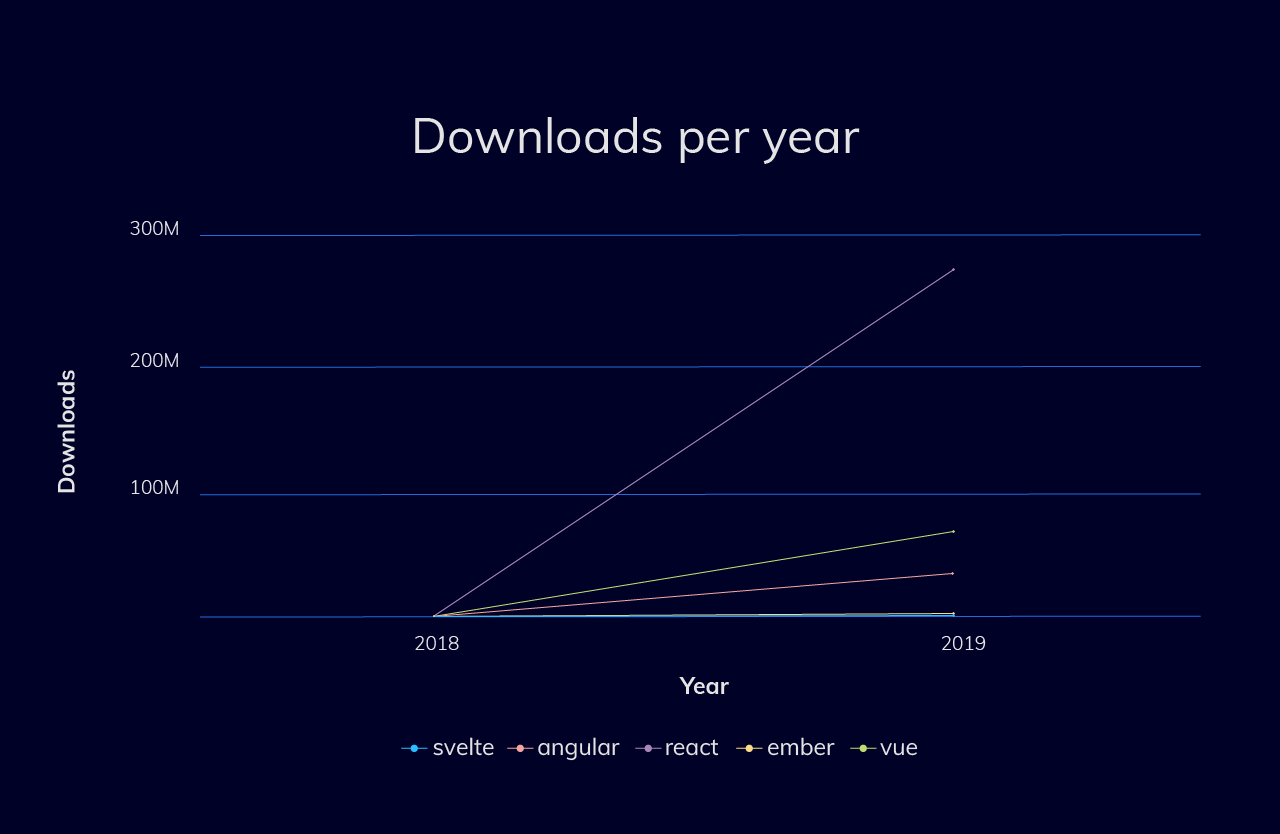 The world of front-end is vast and full of opportunities for development and even the most choosy person will find the framework that will meet all their requirements. Don’t keep your focus confined only to our top 5.