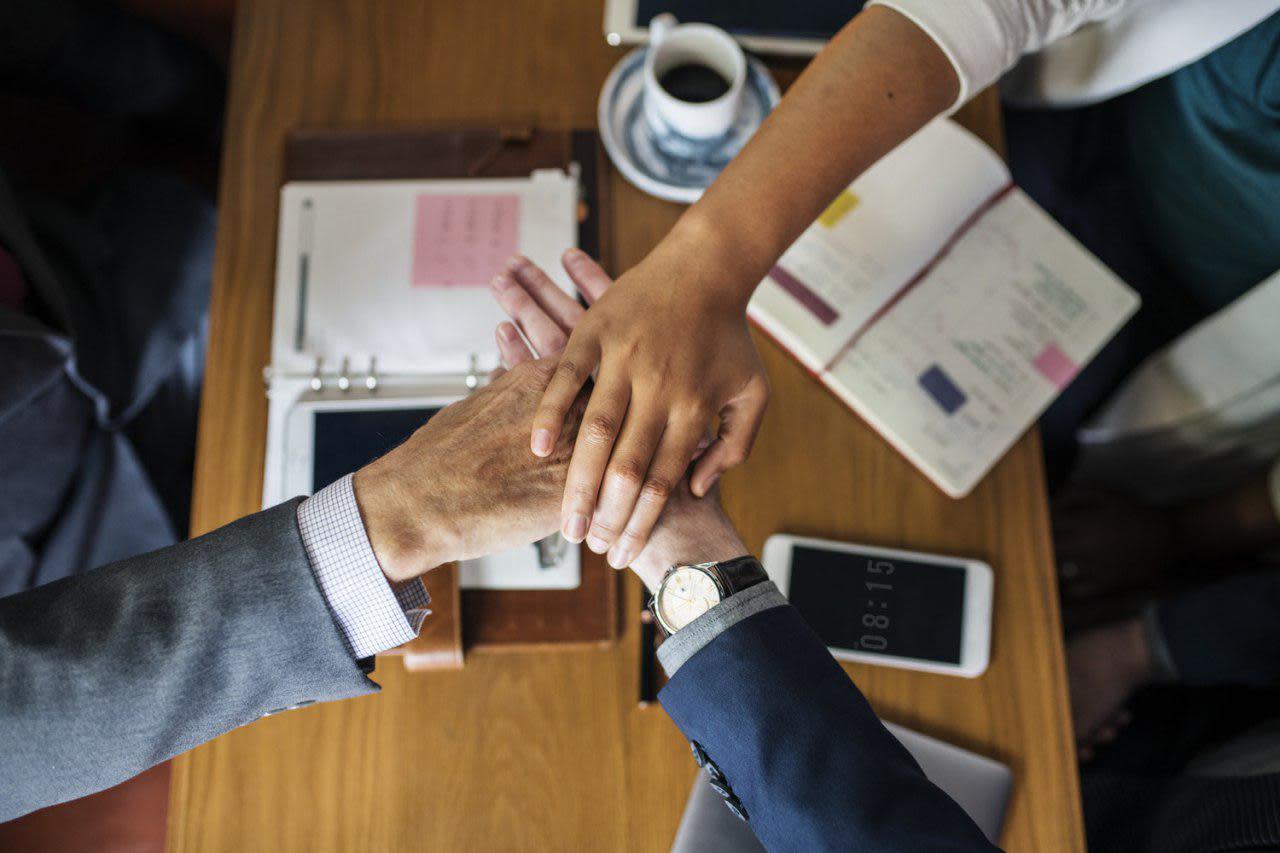 Inspiration is a vital part of success when used correctly. Inspiring the team to work even better as a perfect mechanism will have a massive effect both on short and long-term gains. People understood it thousands of years ago, and since then, many great minds and prominent individuals voiced their opinions on the matter. It resulted in a massive number of profound quotes on collaboration that can inspire every member to work hard and fight for the win.

Model of cooperation is based on --- these crucial factors:

Project managers and team leaders are always looking for ways to inspire their team, and famous working together quotes about collaboration do a great job. Some put those everywhere - on the fridge doors, on whiteboards, on office walls - everywhere visible for the crew members. And there are multiple examples of how togetherness is forged into a lasting success.

Today we have gathered a list of 18 best quotes that depict the importance of collaboration and motivate to strive for it.

Top quotes on collaboration placed in random order (seriously, they are all good)

These quotes on collaboration come from different places and people with various backgrounds. All of these emphasize how crucial proper cooperation is. When everybody within the crew is working for themselves and for that guy next to them, every task becomes easy and every success - deserved.

We are hopeful that this set of teamwork quotes will add the inspiration you need and help you go on a venture full of great people and massive victories, regardless of the niche and occupation. Good luck.